Last January I went on a trip to  California for work. Not only did I explore different science museums but I also tried, devoured and enjoyed at least 20 burritos while on the trip. Why burritos you say? Well my coworker is obsessed with these packaged meals and wanted to try as many burrito restaurants from the Burrito Bracket. Twenty does not sound a lot but in a span of 5 day, we were eating at least two a day. Let’s just say at the end of day five I physically felt like a burrito.

Our first stop in LA was La Azteca Tortilleria. This restaurant was located in a very Mexican part of the city. When we arrived, we found out it was close on Mondays. Having gone that far, we ended up going the place next door called La Carreta.  It was our first burritos in Los Angeles and they were delicious. Already way better than in Vancouver by far! What makes burritos in California stand out is their chewy flour tortilla and delicious fillings. They need to have a crispy outside when grilled but still be elastic and chewy enough to be able to hold burrito fillings. With my novice burrito palette, I thought this was what we would be getting during the trip. Boy, was I wrong. 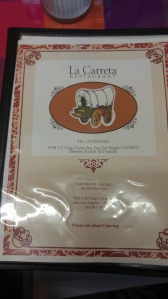 The rest of the day, we did a lot of exploring and museum hopping. It was tiring but weirdly enough our first burrito filled us up and we didn’t feel hungry until we had dinner.  For dinner we traveled to El Tepeyec Cafe.

It was pretty late when we arrived but the waitress and staff were friendly and accommodating. From reading the menu, there was a lot of family history in the restaurant and you can really tell from entering. On the wall there was a huge poster of the owner, Manuel and the place was decorated in such a way that if felt you were entering someone’s home. The music was playing and the waitresses were laughing and singing. We knew there was something special about this restaurant.

Looking at the menu, we noticed the famous Manuel’s Special Burrito. This is a 5 lb burrito challenge and was once shown on “Man vs Food”.

Still really full from our first burrito, we ordered two mini Hollenbecks which is a beef burrito topped with lettuce, tomatoes and ranchera sauce. It was really tasty and had lots of flavour. My friend it was more like a wet burrito since it was covered in sauce and you needed to eat it with a fork and knife.  I really enjoyed my second burrito and couldn’t wait to see what was up next. 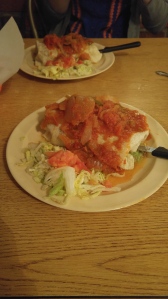 Day 2: The morning of the second day, we decided to go back to La Azteca and try again. This time with success! The place was bustling and busy even though it was early in the morning.

On the walls were a bunch of articles and clippings showing the popularity of the place. 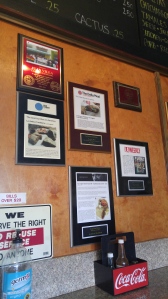 After some exploration and museums, we traveled back in Boyle Heights and went to Al & Bea’s Mexican Food. It was a very tiny hole in the wall restaurant where there was no real restaurant but instead, it was a take out stand. 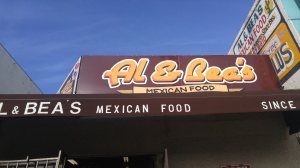 A man stood behind the counter while we looked at the menu. We ordered one of the famous bean and cheese burrito with green chile. The second burrito was just a bean burrito. To my surprise this was one of my favourite burritos on my trip. The beans and cheese was a delicious smooth and creamy soup that was held in by a soft flour tortilla. The burritos were small but really good. 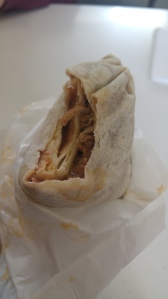 (I’m just hungry thinking about these).

The burritos in LA was probably my favorite out of the trip but we still had a couple days in San Francisco. There was a number of burrito places that were also delicious.

Day 3: Our first stop was to a burrito place that you not have thought to try. It had what they called global fusion. HRD had a ton of different options from Korean inspired burritos to Japanese curry smothered burritos. 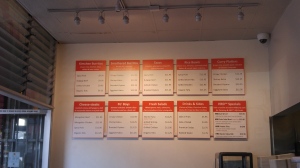 We tried the Shrimp Katsu, Chicken Katsu and Bulgogi burrito. They were both very tasty but not what you expected from a burrito. My favorite was the smothered burrito with the crispy shrimp. It added a great texture to it.

For dinner, we went to La Taqueria. This place had some amazing Mission style burritos and that is why it was listed as the best burritos in the USA. These burritos were crispy and perfectly seasoned. The burritos were also the size of tiny babies. We ordered a variety of their burritos with one being beef tongue. 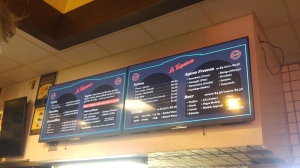 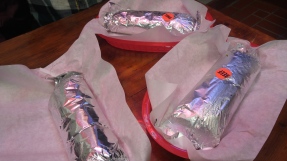 Day 4: The next day, we went to another burrito joint. Taqueria Cancun was a cute restaurant with bright yellow walls and brick accents. We ordered a super burrito with chicken. It was filled with rice, rice, beans, onions, cilantro, onion, cheese, avocado and sour cream. It was definitely super! 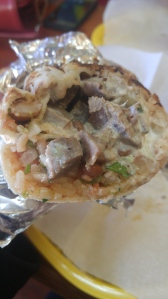 Taqueria El Castillo was also along the same area in San Francisco. This was taqueria never made it to the Burrito Bracket. It was named “the one that got away”. We decided to give this place a try. It was very quaint and quiet inside when we arrived.  There was a number of picnic tables available. We got a beef super burrito and split it in half. This burrito wasn’t as great as some of the others but it was still better than what you could get in Vancouver. 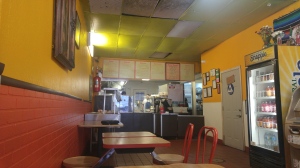 Day 5: Our last burrito stop was a place called Taqueria El Farolito.  These burritos were the size of tiny babies and filled with everything you find in a super burrito; rice, beans, avocado, sour cream and the choice of meat. After this many burritos, I honestly don’t remember what we ordered but it was pretty good. 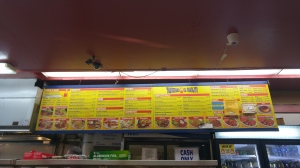 With this many burritos in only 5 days, you would have thought I would be sick of them. But after coming back to Vancouver, I crave them even more. My top favorite places in LA has to be Al & Beas and La Azteca. In San Francisco, I recommend La Taqueria. If you are in those areas, please have a burrito for me.

Check out my other reviews.