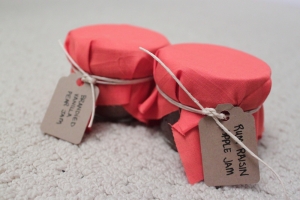 Did I tell people that I like jam?? Jam comes in lots of different flavours and I wanted something special for a craft fair I was donating to. I wanted it unique so why not add some alcohol! Apple with rum and pear with brandy. Some of my favourite combinations in desserts.

For my first boozy jam, I made Brandy Vanilla Pear. The brandy helps amplify the juicy pears and of course adding vanilla never hurt too! 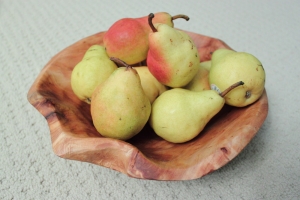 Start the jam with nice juicy pears. Dice them into small cubes. You want the jam to have a bit of a texture. 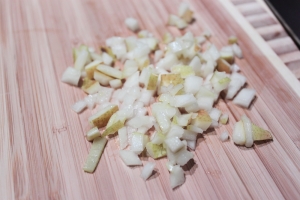 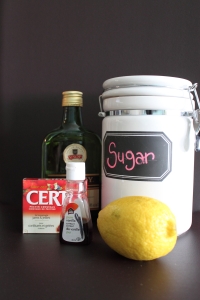 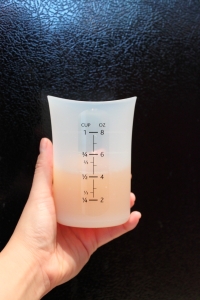 Add everything to a pot and boil away! Simmer the pear so that it becomes tender and the alcohol starts to infuse into it. 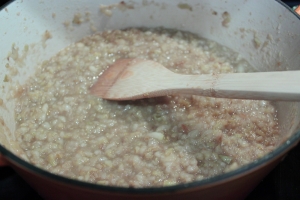 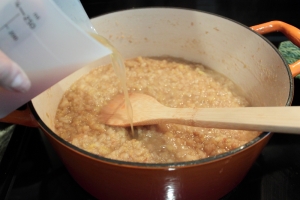 When the liquid and pears have simmered for about 20-30 minutes, add the sugar. Make sure the jam mixture gets to a boil again! You want it to be hot. I omitted the butter because I didn’t know if this would affect the shelf life of the jam. 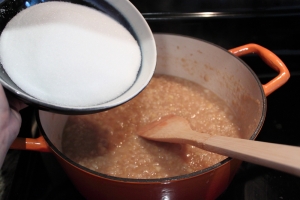 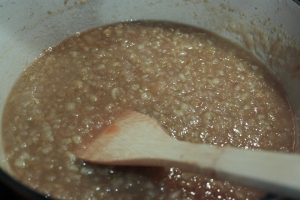 When the jam mixture boils for a minute or two, its ready to jam. (For jamming tips check out in the Mixed Berry Jam recipe) 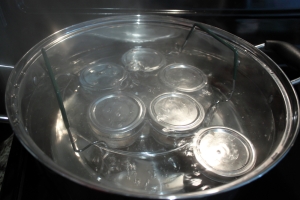 For craft fairs, its nice to have them in smaller jars. 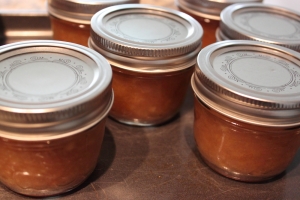 For the Rum Raisin Apple jam, I used home grown apples from my grandma’s backyard.  They aren’t the prettiest (some have blemishes and spots) but they are tasty!! Its like the saying goes “don’t judge a book by its cover”. 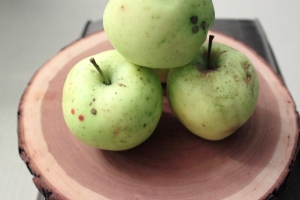 For this jam you will need rum, raisins, apples, pectin lemon juice and spices (cinnamon, nutmeg and ground ginger). 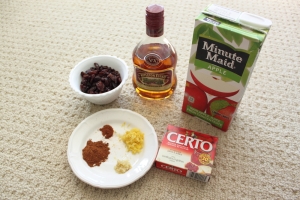 Chop up the raisins. If you like chunky jam, leave the raisins bit courser. If not, chop away!! 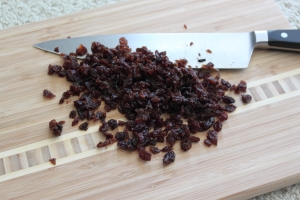 Add the raisins to your chopped apples. The earlier you get them in, the softer and more tender they become. 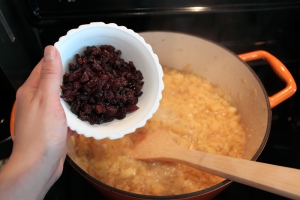 Let your apple raisin mixture simmer and cook. This should take about 15-20 minutes. 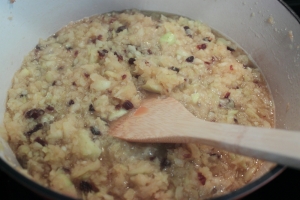 Add the lemon juice and rum. 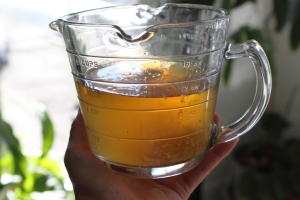 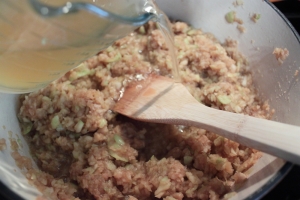 Simmer again for another 10 minutes. The mixture at this point could look a bit dry but by adding sugar it will liquify again. 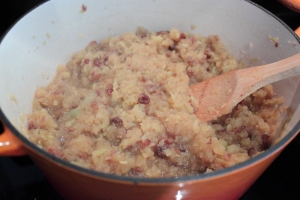 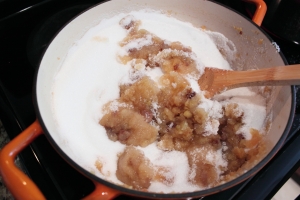 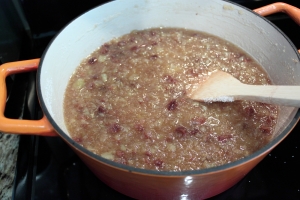 Get the jam mixture to boil before adding the pectin and spices. 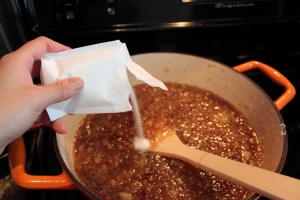 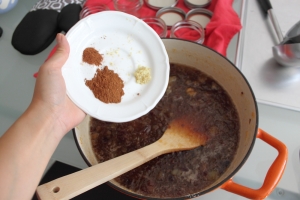 Prepare the jars while the mixture boils for a minute.

Carefully fill the jam jars and cover with lids. 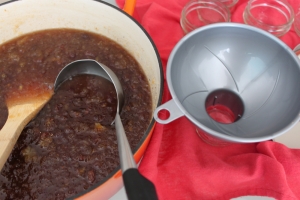 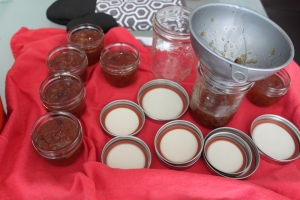 For that rustic touch, cover the lids with a cotton fabric piece and wrap with twine and tag. Even if you weren’t making these for the craft fair, they make perfect thank you gifts or presents. That little homemade something for that special person. 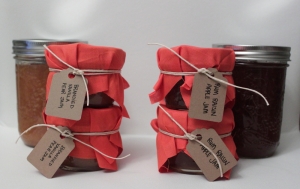